The village of Dumore East in County Waterford  is almost entirely dependent on fishing for its existence and is known as the herring port of Ireland. Fishing vessels from all around the Irish coast and the continent come to Dunmore East during herring season.

Born in 1883 Peter Roche spent his early years fishing in Dunmore East before seeking adventure in America where he visited  Boston, Buffalo, Chicago, Seattle, Skagway in Alaska and British Columbia and the Yukon Territory in western Canada.

In 1896, gold was discovered in the Klondike River, a tributary of the Yukon River bringing thousands of prospectors to the region. While in the Klondike, Peter Roche worked for a gold dredge syndicator but only did a bit of gold-mining himself.

After a year, he came back to Dunmore East and stayed for a 12 month holiday. With his money almost gone, he returned to the Yukon. Life in Canada at the time,

Was fairly, fairly good, hard, primitive, life was very primitive at that time.

He recalls playing Gaelic football with the native people of St Michael in Alaska who had been taught to play the game by the Christian Brothers.

They were quite good at it too.

Peter did not fish when he was in the Yukon.

I could walk across the river on salmon, they were no good to me.

Surprisingly, given his taste for excitement and adventure, Peter came back to Ireland and settled in Dunmore East because,

Ireland is the best country of all the lot.

He has witnessed great improvements for the people of Dunmore East and the area,

Has changed colossal, from a deserted village to prosperous village now.

He thinks the potential of the fishing industry in the region could be maximised if the fishermen had bigger boats. When this happens,

Dunmore will be better than the Klondike.

This episode of ‘Discovery’ was broadcast on 13 April 1967.  The reporter is John Skehan. 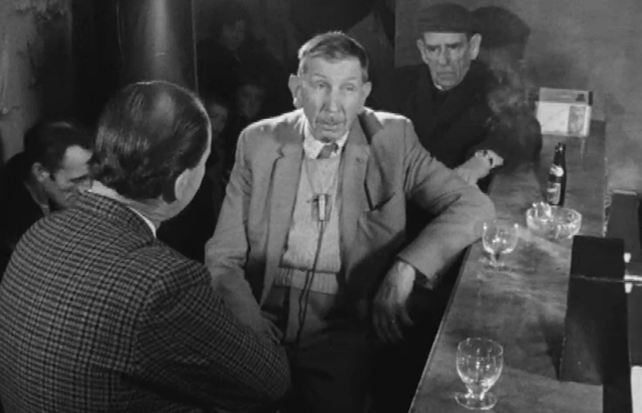