A Polish translation of James Joyce's 'Dubliners' was the beginning of a fascination with Dublin city for Chris Malkiewicz.

'A Stranger's Notebook On Dublin' is an attempt by Chris Malkiewicz   to convey his own impression of Dublin. Mimicking the mind of a stranger walking about the city, this programme in the ‘Discovery’ series captures the atmosphere and charm of Dublin and Dubliners in an impressionistic, symbolic way.

Grafton street and its environs are accompanied by the reading of an extract from James Joyce’s ‘A Portrait of the Artist as a Young Man’. While in scenes shot along the River Liffey, Dubliners voice their opinions on the city, good and bad.

Dublin City, the best city in the world.
Dublin people, the most honest to God people.

This excerpt also features the Iveagh Market, St Stephen’s Green, and Marsh's Library as well as pubs The Long Hall on George's Street and the Brazen Head on Lower Bridge Street.

‘Discovery : A Stranger's Notebook On Dublin’ was broadcast on 20 October 1966. 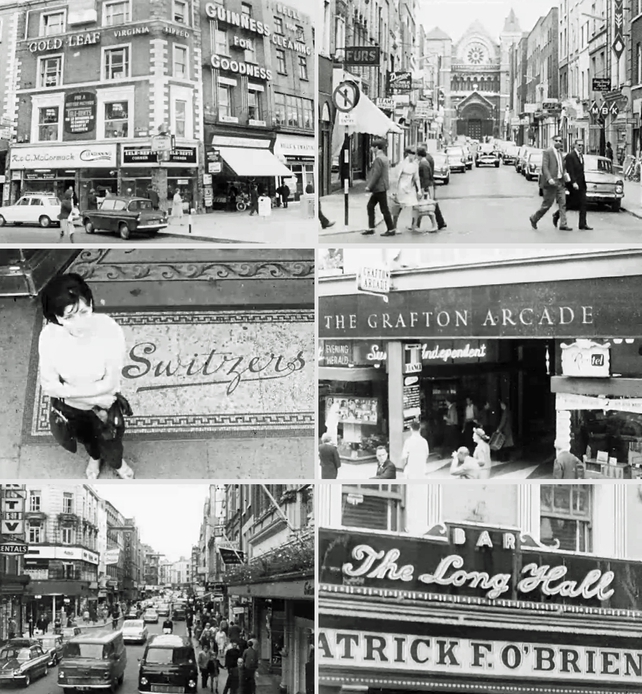 A Civil Defence exercise gathers information about levels of radiation across Ireland in the event of a nuclear explosion.