On the Isle of Man efforts are being made to revive, preserve and spread the Manx language and strive towards complete political independence.

Cathal O'Shannon meets Manx language enthusiast Douglas (Doug) Faragher, known to Manx speakers as Doolish y Karagher, who talks about his efforts to save the language through Manx Radio. Twice a week Doug broadcasts a listen and learn programme on Radio Manninagh (Manx), a Douglas based station. Opening the show in both the national language of Manx and in English.

This is Doug Farrager with another lesson in our series of Manx Gaelic.

Doug Faragher makes comparisons between Manx Gaelic and Irish and Scots Gaelic. A book accompanies the show and listeners can take lessons over the airwaves. 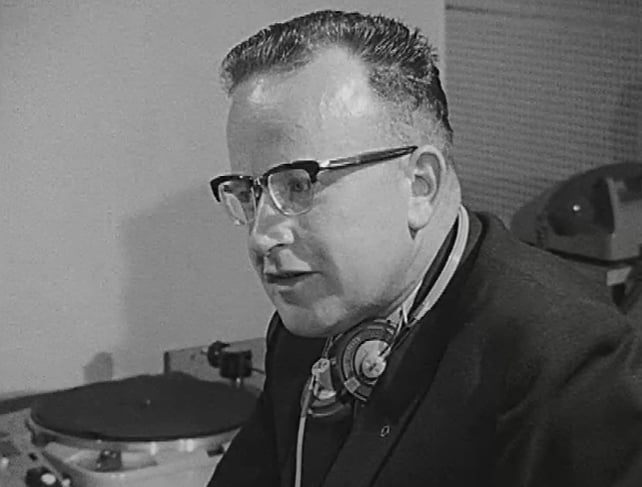 Having returned from Africa several years ago, Doug Faragher noticed that the Manx language movement was in decline. His efforts in teaching lessons, both face-to-face and over the airwaves, have helped to address this decline somewhat. Over the past few years there has been a reawakening in the Manx national consciousness on the back of the efforts of the Manx language movement.

It's ensured that the language has survived as a spoken tongue on the island.

With only one native speaker left on the island, 90 year old Ned Maderell is it too late for the survival of the language? Doug Faragher describes the language movement as a separatist group seeking complete independence for the Isle of Man and comments that,

The greatest enthusiasts for Manx political freedom are to be found amongst the language enthusiasts.

The movement is seeking to remove the control of the British Home Office over the Isle of Man. They want to achieve this through peaceful negotiation.

Doug Faragher wears a badge of recognition for Manx Gaelic, which has been adopted from Ireland in the form of a fáinne.

I don't think we are flogging a dead horse. I think that we are trying to give a nation back its language.

This episode of 'Newsbeat' was broadcast on 12 October 1966. The reporter is Cathal O'Shannon.