In the 10-part documentary series 'We The Irish' writers and historians Seán Ó Faoláin, Conor Cruise O'Brien and Owen Dudley Edwards analyse the Irish race in a bid to find out what made us the way we are today.

Seán Ó Faoláin presents the first two programmes in the series, 'People and Place' and 'Saints and Soldiers'. Taking as a starting point the book ‘Facts About Ireland’ published by the Department of External Affairs he enlarges it’s themes and develops them further.

All of it is true but it’s not all of the truth.

Like every race the Irish are the product of change, slow moving time and our environment.

We’re different from other races because the influences that shaped us are different.

He argues that political events help to form the persona of a race, but he defines politics as

The response of a people to any forces that affect their fortunes as a people.

Ó Faoláin shows how these responses developed over the centuries. He believes the end of the Ice Age some 8000 years ago is the most important single political event in Ireland's story. Becoming an island apart from the rest of Europe allowed us to develop our own distinctive way of life in virtual isolation. He wonders

What manner of people were our earliest forbears who began to trickle in here on the Antrim coast about eight thousand years ago?

Sadly we know far more about the Pharaohs of Ancient Egypt than we do about our first islanders.

‘We The Irish: People And Place’ written and presented by Seán Ó Faoláin was broadcast on 29 September 1971. Niall McCarthy was the series producer. 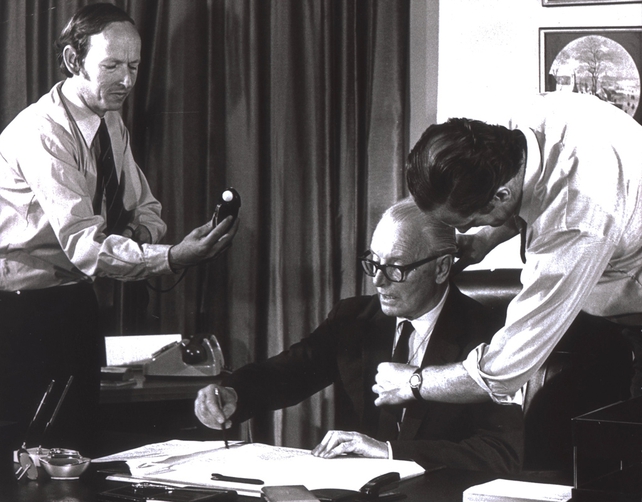