Fears that the changeover to digital technology will lead to dozens of jobs being lost in cinemas across the country with the role of the projectionist potentially becoming a thing of the past.

Cinetech director Daniel Holdforth explains that a number of the cinema chains will be fully digital by the end of 2012 and this will push the smaller independent cinemas in the same direction. For Irish Film Institute Cinema Manager Pete Walsh, digital technology means far fewer projectionists and

For every business labour costs are absolutely of crucial importance.

The digital changeover has lead to staff being let go in the company Movies@. IMC which owns ‘The Savoy’ cinema in Dublin has six digital screens but no jobs have been lost so far. Cineworld would not comment on reports that at least seven projectionists in Dublin have been made redundant since they switched to digital technology.

Digital films are cheaper to produce and faster to distribute and in turn cinema goers can expect better picture and sound quality.

An RTÉ News report broadcast on 26 September 2011. The reporter is Lynsey Kiely. 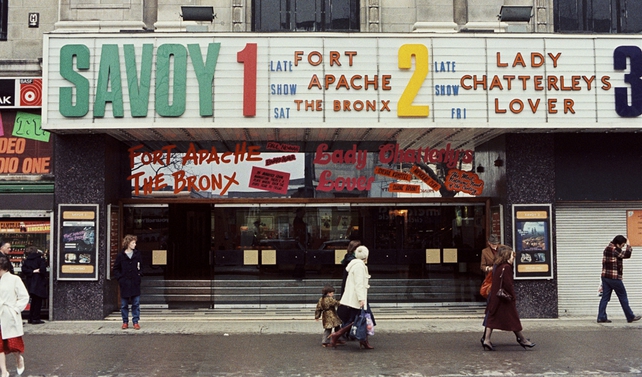