A full house for the opening night the National Concert Hall in Dublin.

Addressing the audience in Irish and English President Hillary says,

We witness this evening the realisation of a dream long cherished... the opening of An Cheoláras Náisiúnta is a major cultural event in the life of a nation. 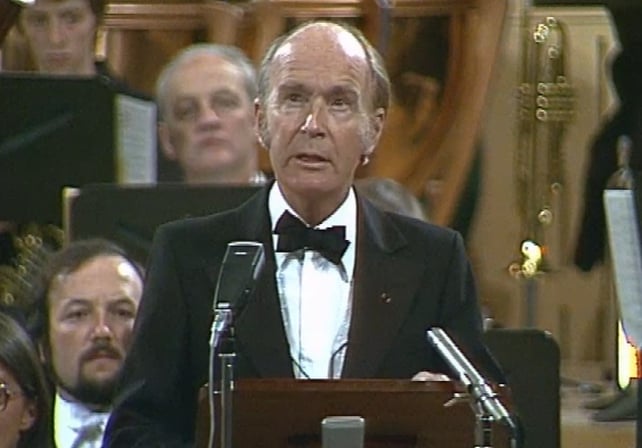 Dr Hillery continues by saluting those who have made this dream a reality and describes the concert hall as "most impressive" and a worthy setting for all forms of music. President Hillery then declares the National Concert Hall open.

'The State Opening of the National Concert Hall' was broadcast live on RTÉ television on 9 September 1981. 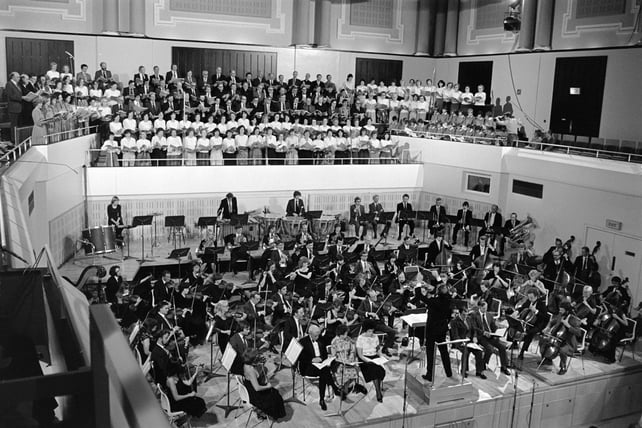 The official State opening of the National Concert Hall was broadcast live on RTÉ2.