The life work of Dublin born artist Robert Ballagh, regarded as one of the most important contemporary Irish artists, went on show at the Royal Hibernian Academy (RHA) in Dublin.

The retrospective, touching on much of the history of Ireland since the 1970s, includes self portraits and theatrical set design, as well as the artist's graphic design for stamps and currency.

Over the years Ballagh has been unafraid to take on a role of political critique, and believes the artist has a wider role to play in Irish society.

I think that is a very strong European tradition and I wished in Ireland we embraced that tradition more.

Ballagh is particularly affectionate about his portrait of politician and ex-Minister for Health Noel Browne. Through painting this portrait Ballagh became close friends with Dr Browne and his wife Phyllis. 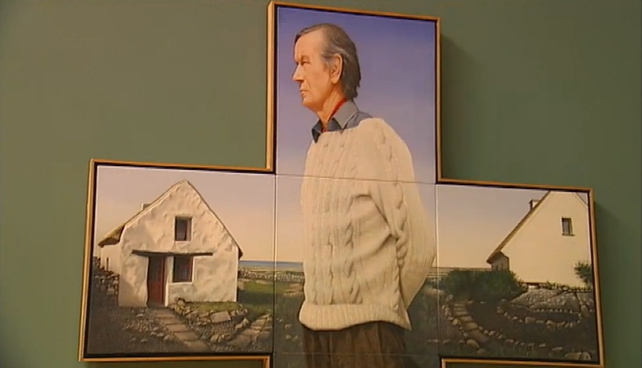