More commonly known in Ireland as go-karting the Soap Box Derbies have had a revival in the past few years. The 1986 National Soap Box Derby was held on the streets of Bray. A large crowd lined the route and enjoyed a thrilling display of skill and design as the go-karts hurtled past.

Some of the 16 child participants shared their experiences of building their soap boxes and taking part in the race.

The Soap Box is made to a specific rule book.

The winner of the 1986 Bisto Kids All Ireland Soapbox Derby was Barry McGahon from Dunleer. The prize is an entry into the All-American Soapbox Derby World Championships and a large trophy and a laurel wreath. The runner up in the Bray Final was Gerard Murray from County Cork. 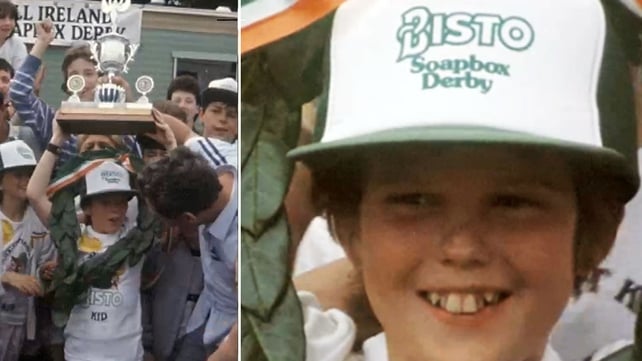