A ceremony in Drogheda ceIebrates the canonisation of Irish martyr Oliver Plunkett.

The Catholic Archbhishop of Armagh was executed for treason in England in 1681. There was a campaign for his canonisation throughout the 20th century which gathered momentum when it was claimed that a fatally ill Italian woman Giovanna Martiriggiano was miraculously cured in 1958. Her husband and Sr Cabrini Quigley from Donegal had prayed to Oliver Plunkett in the hospital and it was declared that Martiriggiano was cured through his intercession.

On the day Pope Paul VI in Rome was making Oliver Plunkett a saint special ceremonies were held at Saint Peter's Church in Drogheda. A shrine in the church holds relics of Oliver Plunkett.

The Order of Malta brought about 800 disabled pilgrims to the church, each of whom were blessed with a relic. Amonh those attending were the Minister for Defence, Patrick Donegan. 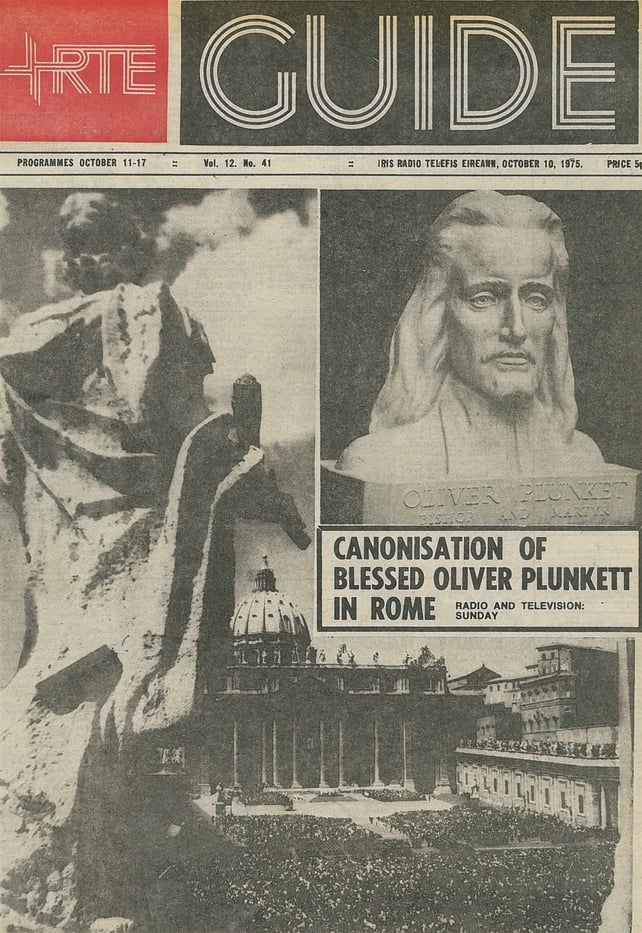