On 10 June 1985 Barry McGuigan made his way from Belfast to his home town of Clones where he received an incredible welcome. 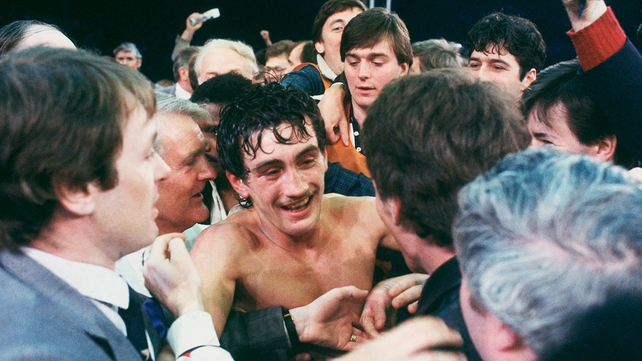 The new WBA featherweight champion inched through the massed crowds on an open top bus. The excitement among the enthusiastic crowd delighted to have 'The Clones Cyclone' back home was worrying at times because of the fear of crushing.

McGuigan pleads with the crowd to be careful but is almost inaudible against the noise from the delighted throng.