The Irish ban on divorce was the topic of a studio panel discussion on 'Seven Days' in 1975.

Family law campaigner Mary Banotti, who would later represent Dublin in the European Parliament for 20 years as an MEP, and whose own marriage had broken down, tells presenter John O'Donoghue what she thinks of the Irish law.

Banotti believes that academics and the church are intellectualising the subject of divorce while people suffer, commenting that

There is a great need for humanisation of laws and acceptance. Let the laws accept the human condition as it actually is.

Church of Ireland Reverend James Martin agrees that the law should be changed as it doesn't take into account the complexity of the marriage relationship, which can decay and die, commenting

There ought to be the possibility of release from that kind of marital imprisonment and the opportunity to build a new marriage in a new way.

Divorce was introduced in Ireland twenty years later in 1995 following a referendum which resulted in 50.28% of the electorate voting in favour of a change to the constitution. 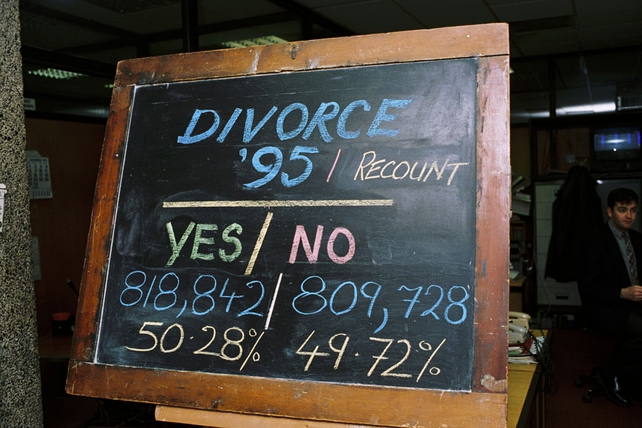