A visit to a Toy Fair for traders which took place in Dublin in May 1975.

The 1975 Irish Toy Fair was held at The Burlington Hotel in Dublin.

Although it is only May 75% of retailers have already placed their Christmas orders with the manufacturers.

Most of the toys on display were imported from Britain, France, Sweden and Germany. But there were two Irish Companies exhibiting at the fair. W.H. Ryan from Thurles, Co. Tipperary who make wooden toys and a soft toy manufacturer from Dublin.

There was an impressive display of toys which could entertain children for hours, but the fair was only open to retailers.

The fair is in fact a children's paradise, but it is strictly confined to the trade. 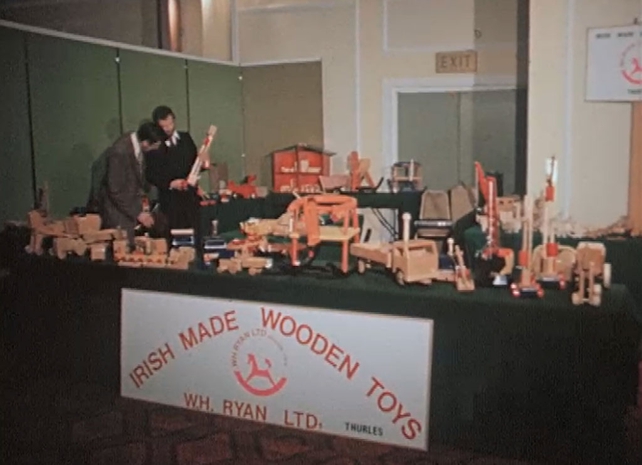