Not everything goes to plan for Ryan Tubridy and a young helper trying out some of the popular toys this year.

Being a volunteer tester on The Late Late Toy Show is a dream for many a child. There can however be pitfalls to demonstrating toys on live television as five year old Cassandra Bridgeman discovered.

Along with toys that do not do what they are supposed to presenter Ryan Tubridy finds a toy kitchen especially trying.

This 'Late Late Toy Show' was broadcast on 2 December 2011. The presenter is Ryan Tubridy. 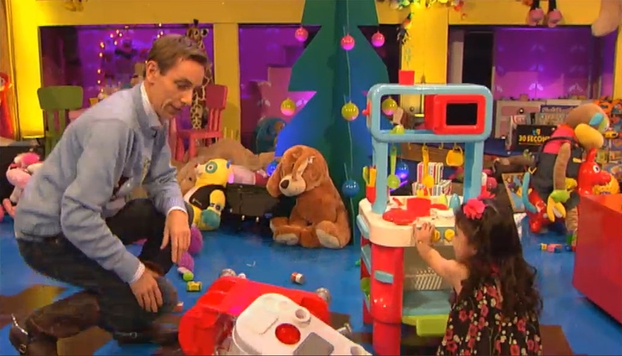