Straffan House is to become a luxury hotel and country club with an Arnold Palmer designed golf course.

The 19th century mansion Straffan House is being transformed into an exclusive country club.

Three of the country's most successful businessmen were investing £20m in the project, which will be promoted by Bord Fáilte. Catherine Gorman of the Midlands East Tourism Board says the venue will fill a niche and will appeal to overseas clients such as Japanese corporate bodies.

Michael Smurfit, one of the men behind the project, says that Ireland has not been known for providing upmarket leisure facilities.

An RTÉ News report broadcast on 4 March 1990. The reporter is Gerry Reynolds. 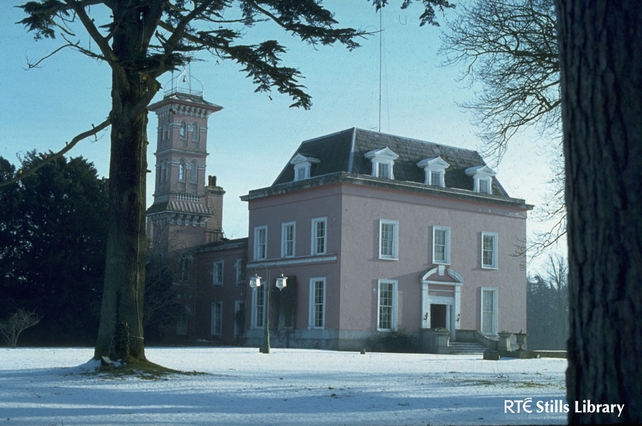