The annual Clóna Sports Star Awards take place with Michael O'Hehir as star of the show.

In 1990 former sports commentator and broadcaster Michael O'Hehir (1920-96) was honoured in West Cork at the Annual Clóna Sports Star Awards for his distinguished services to sport.

Described in the report as "the adopted son of West Cork, the voice of GAA sports reportage and horse-racing for so many years on radio and television".

Michael O'Hehir, pictured in a wheel-chair after suffering a stroke, although born in Dublin became a resident of the Beara Peninsula and was very much considered an honourary Corkman.

Others honoured at the ceremony included All-Ireland footballer of the O'Donovan Ross Club in Skibbereen Tony Davis and Garda Commissioner Eugene Crowley.

An RTÉ News report by Tom MacSweeney broadcast on 25 February 1990. 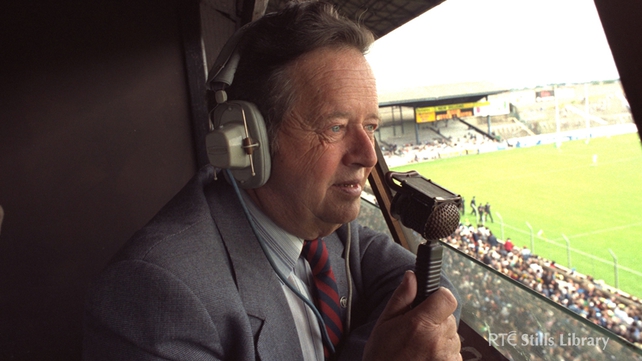