An Taoiseach Mr. Albert Reynolds presents a portrait to Michael O'Hehir, who describes the event as "something very special".

Veteran BBC commentator Peter O'Sullevan and Taoiseach Albert Reynolds pay tribute to Michael O'Hehir, who for so long was the voice of Irish sport at home and abroad.

Michael O'Hehir (1920-96) gave his first commentary on 14 August 1938, when Galway defeated Monaghan in the All-Ireland Semi-Final and his voice went on to become synonymous with radio coverage of hurling and football.

An RTÉ News report broadcast on 8 May 1994. The reporter is Colm Murray. 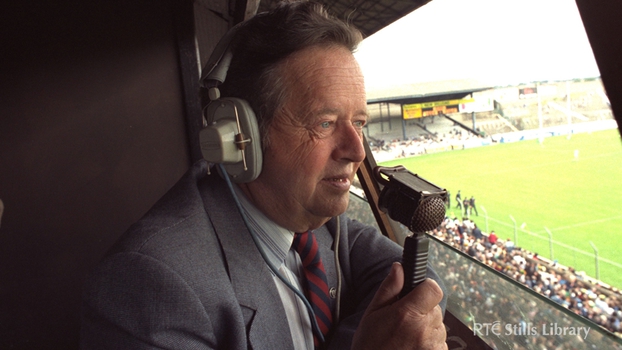