Liam Ó Maonlaí of the Hothouse Flowers celebrates his 50th birthday. RTÉ News looks back at the early days of the band's career.

We take a look back to the early days of their career. This RTÉ News report from 1988 shows the Hothouse Flowers busking on the streets of Dublin to promote the release of their debut album 'People'.

The event attracted over three thousand people at lunchtime in the city centre, where the band were mobbed by their growing fan base.

Teresa Mannion reports as the band busk from Henry Street to Grafton Street, stopping to sign records at HMV along the way. Teresa chats to Liam and Fiachna about their success. 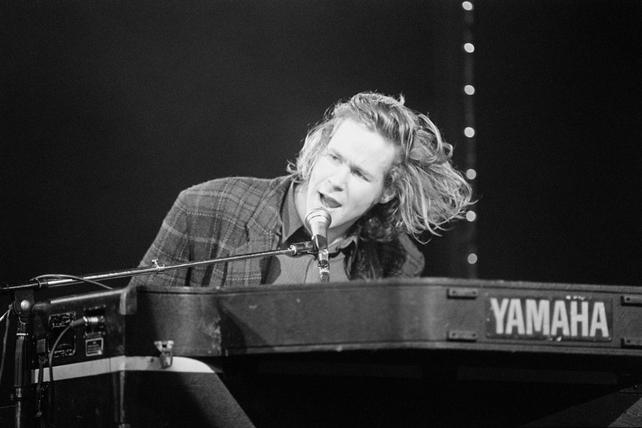 Liam Ó Maonlaí on stage during recording of 'Live in Dublin' in 1987.  Photograph by John Rowe.