Richard Harris chats about his acting career to date.

Richard Harris does not like to be described as overnight success. He argues that he has been acting and working towards this success for years. Richard Harris talks of his contemporaries, Peter O'Toole and Albert Finney, and how it is fashionable to be an Irish actor in the English arts scene.

Richard Harris also talks about waiting to christen his child in Ireland.

This episode of 'Newsbeat' was broadcast on 8 October 1964. The reporter is Arthur Quinlan. 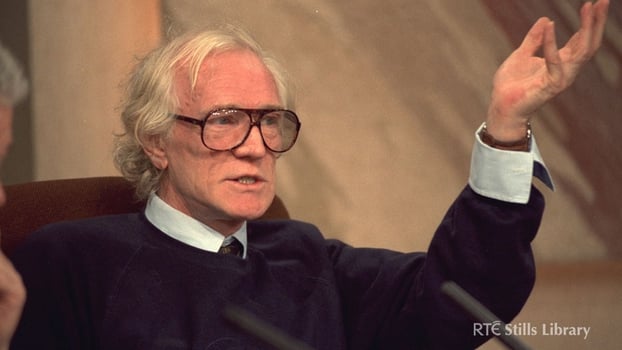