A report on the controversy surrounding the provision of extra tuition to primary school students in Donegal in 1964.

The Irish National Teachers Organisation (INTO) has expelled two principal teachers from two Donegal primary schools. This does not mean that they have lost their jobs or been sacked, but rather that their colleagues have disapproved of their actions.

The disapproval comes from the fact that they have been providing additional tuition to students beyond the normal school day. The objective is that the students will receive a scholarship and eventually get into white collar jobs, which it is felt would not be attainable without the extra tuition.

Both schools, Bunbeg National School and Scoil Adhamhnáin in nearby Luinneach, provide extra tuition to all students on a voluntary basis and have been very successful at helping their pupils get scholarships for secondary school.

John O'Donoghue speaks to the headmaster of Bunbeg school Seán McGinley and his Luinneach counterpart Eamon Gallagher. Both maintain that all pupils are accepted in their schools and that the pupils choose to do the extracurricular schoolwork. A local lady with two school going children praises the work of both the schoolmasters.

An extract from the current affairs series 'Sixty Four'. The programme was first broadcast on 24 September 1964. 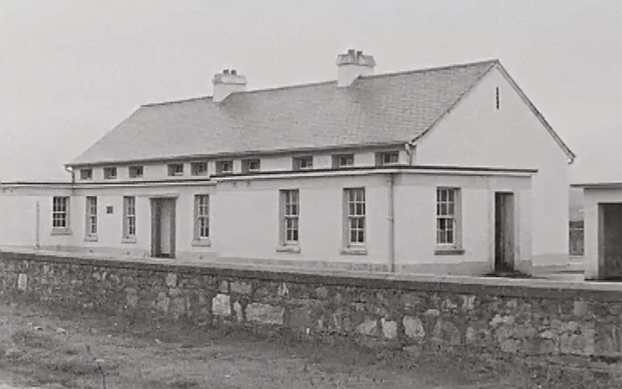