Ray joined RTÉ Television in 1988 as a 'Jo Maxi' presenter. Here is one of his early appearances on television when Ray looks at the Dublin skateboarding scene where he meets Clive Rowen owner of Clive's skate shop on Hill Street in Dublin.

'Clive's of Hill Street' features in the film 'Hill Street - The Documentary' which looks at the skate culture in Dublin since the late 1980s.

Ray's career in television saw him presenting The Den, Blackboard Jungle and music show 2Phat. He also presented The Rose of Tralee from 2005 to 2009. 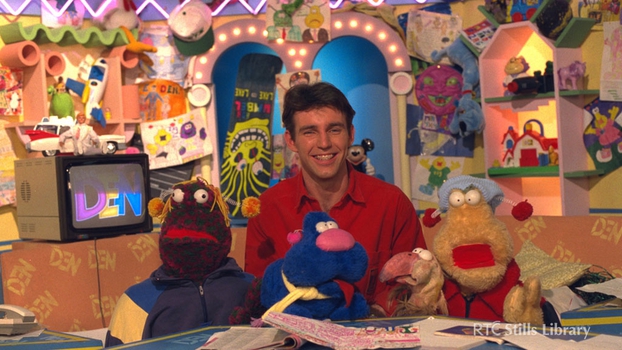 Broadcaster Ray D'Arcy, with Zag, Zuppy, Dustin and Zig on the set at The Den.

Students return to college at University College Dublin after the summer break.