A report by High Court inspectors on NIB has found Mayo TD Beverley Flynn was one of the managers named as knowing that offshore policies were not declared to the Revenue Commissioners.

The report by High Court inspectors on National Irish Bank was published found widespread corrupt practices and encouragement of tax evasion. Mayo TD Beverley Flynn was one of the managers named as knowing that offshore policies were undeclared to the Revenue Commissioners.

Reaction from people in the Mayo town of Castlebar to the news about Beverley Flynn is varied. One man says he

She done us wrong.

While another is confident of her place in Mayo politics.

Beverley one fine woman she will get in in Mayo again.

George O'Malley, chairman of the local Fianna Fáil cumann, talks about the seriousness of the issue.

It is damning and will she resign? She won't resign and as for what might happen down the road it is a matter for the DPP. 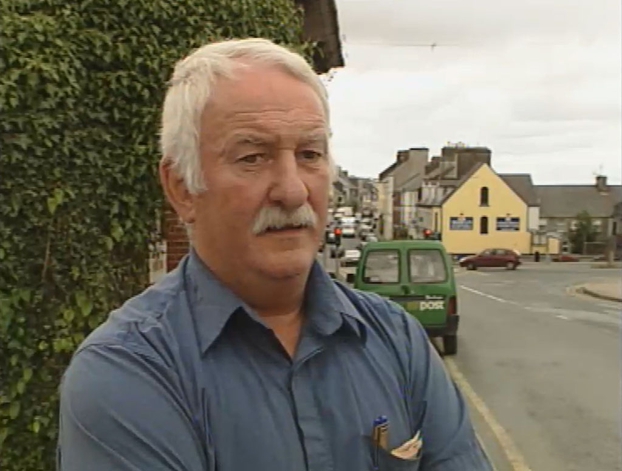 An RTÉ News report broadcast on 30 July 2004. The reporter is Jim Fahy.