The buildup for Ireland’s match against Mexico sees preparations underway, with green, white and orange bunting adorning residential streets, lawns being mowed, and even the graves of deceased soccer fans are being decorated for the World Cup.

From the Moore Street traders who were dancing and singing, to the crowds who gathered in the RDS to watch the match on giant screens, the mood was buoyant.

Those who emerged from the World Cup Spectacular in Simmonscourt were in good spirits, despite Mexico beating Ireland 2-1. This lady is hopeful for a better result in the next match against Norway,

They pulled themselves back quicker than anyone would have imagined. They’ll be back! 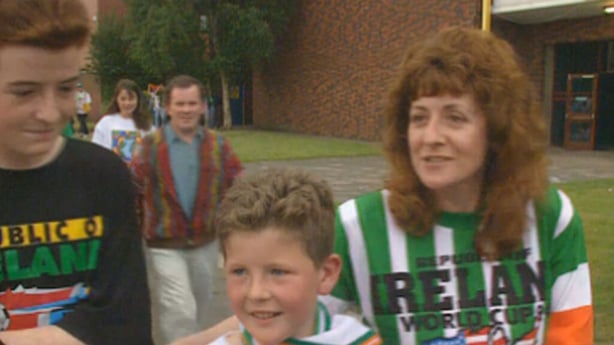 One American visitor who spoke to RTÉ News admitted that this was only the second football match he had ever watched, but enjoyed it, despite Ireland’s loss,

I watched the first game in a Templemore pub last Saturday night...it was fantastic. The second time, almost as good, but the wrong team won.

And the defeat has not changed this fan’s attitude in the least,

We have to think positive. No way Norway! 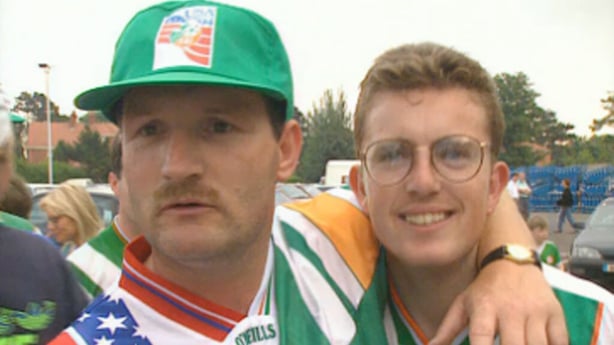 An RTÉ News report broadcast on 24 June 1994. The reporter is Mary Wilson.