The success of Sinn Féin in the local elections brought the party from the margins to the political mainstream.

A look at the performance of Sinn Féin in Dublin local elections where five new councillors were elected. In Dublin City Council, their sole representative had been Christy Burke, who was now joined by Dessie Ellis, Larry O’Toole and Nicky Kehoe. For the first time ever, Sinn Féin now has two councillors in South Dublin, Seán Crowe and Mark Daly.

They are now firmly part, however small, of the mainstream of political life.

Dessie Ellis, a former IRA prisoner was elected on the first count in Finglas. Fianna Fáil's Pat Carey is not surprised by Sinn Féin's success. Labour TD Pat Rabbitte is highly critical of the party's methods, saying they go out in balaclavas at night to deal with drug pushers and,

You can't run civil society on that basis.

Seán Crowe insists that he himself is opposed to vigilantes.

'The Week in Politics' broadcast on 19 June 1999. The reporter is Cathy Herbert. 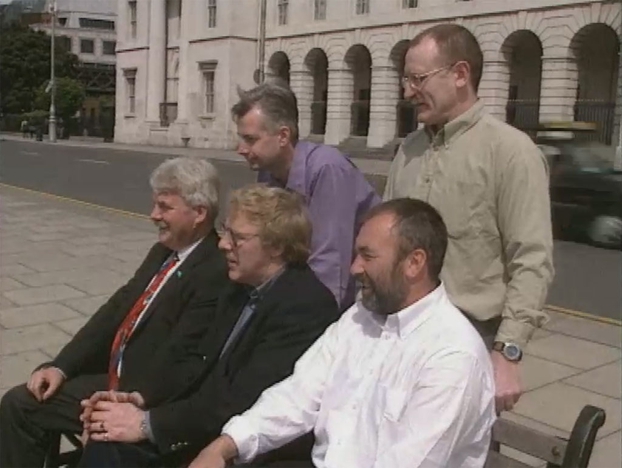