As a campaign to save the ship Naomh Éanna gathers momentum, RTÉ Archives looks back to its days as a ferry between Galway and the Aran Islands.

The Naomh Éanna sailed for 30 years, but was taken out of action in 1986. It had a second life as a business premises, but now lies in Grand Canal Dock in Dublin, awaiting scrappage. On 'Morning Ireland' today, Sam Corbett, Managing Director of Irish Ship and Barge Fabrication Company, called for the ship's restoration.

The journey on board the Naomh Éanna was filmed in 1963 for Louis Lentin's documentary 'Isles of Aran', about life on the islands. In this extract narrator Pádraig Ó Raghallaigh says that on the ship you meet tourists, young people who are going to learn the Irish language, returning emigrants and the islanders themselves travelling back from "taoibh amuigh", as they call the mainland. 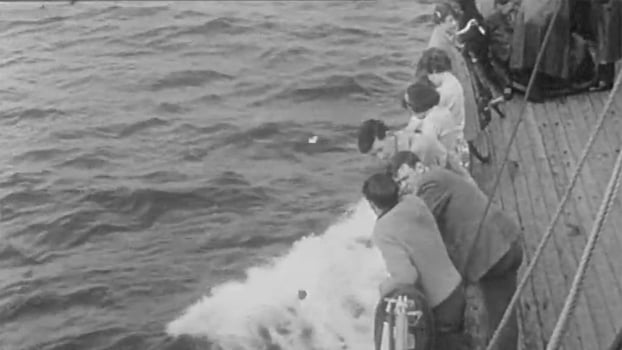