The story of the 8th century Norse warriors stars Gabriel Byrne as chieftain Earl Haraldson and was filmed in Ashford, Co. Wicklow. Last summer, there was a casting call for 5,000 extras.

So what makes a good Viking? Caitríona Perry talks to some of the hopefuls auditioning for the show in this RTÉ News report from 5 June 2013. Some dream of being actors, others have nothing better to do. Denis Fitzpatrick, the assistant extras co-ordinator, says that apart from long hair and beards, they are also looking for people who can row or who have experience of battle re-enactment. 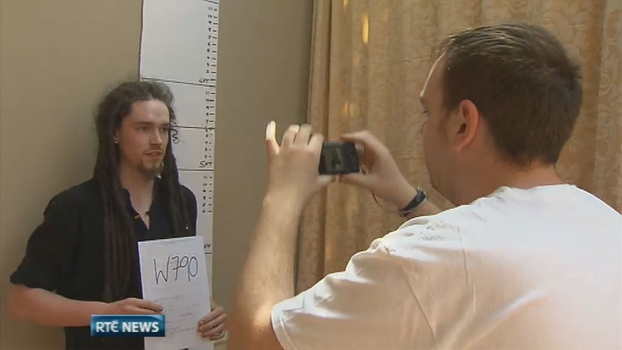