A.P. McCoy makes no secret of his desire to win as many races as he can during his career.

A.P. McCoy tells  'The Grip' about how he became a jockey, the dangers of the sport, and his ambition to win all the big races.

This episode of 'The Grip' was broadcast on 27 March 1997. The presenter is Ryle Nugent.

AP McCoy's first win in Ireland was at Thurles in March 1992 riding 'Legal Steps'. He began riding in England in 1994 and had his first win at Exeter in September of that year riding ‘Chickabiddy’. He went on to win the Cheltenham Gold Cup, the Champion Hurdle, the Queen Mother Champion Chase, the King George VI Chase and the Grand National. In 2010 McCoy was named BBC Sports Personality of the Year. 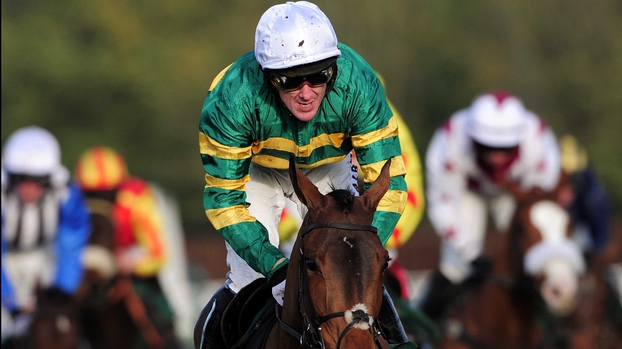