In 1979 children from Stranmillis Primary School in Belfast stepped into the past with a visit to the Ulster Folk and Transport Museum to discover how previous generations lived.

'Breathing Space' features documentaries filmed at locations which, at that time, were considered remote and where there was time and space to breathe. The series is presented by Fergus O'Gorman, who was a scientific advisor for national parks.

The extract shown here is from episode four in the series where Fergus O'Gorman joins a group of Belfast school children on a field trip to the Ulster Folk and Transport Museum.

Other programmes in the series let viewers enjoy the experience of the great outdoors.

The extract shown here is from the re-mastered version. This episode was originally broadcast on 5 November, 1979. 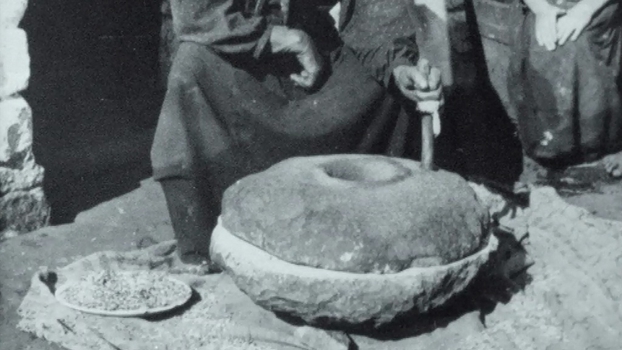