The people of Arigna hope that the opening of a mining museum will go some way to help the area after the closure of the coal mine.

The village of Arigna in County Roscommon suffered, when country's last remaining coal mine closed down, with the loss of two hundred and twenty jobs.

It was brutal, back-breaking, almost unimaginable work but for a hundred and fifty years it brought prosperity to the village above and the closure of the mine came as a devastating blow to Arigna.

Secretary of the Arigna Mining Experience Joe Rynn is optimistic about the future of museum for the area. Former miners are now being employed as tour guides and the museum hopes to attract twenty thousand visitors in the first year.

Darerca Flynn, Manager of the Mining Museum, explains the importance of the venture in terms of preserving the history of Arigna and the people who worked in the mines. 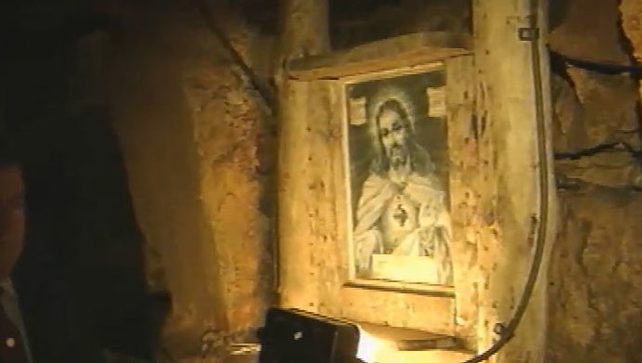 The museum was officially opened by Dr Jim McDaid TD, Minister of State at the Department of Transport. It is estimated that the development cost around 1.5 million and is the only underground facility of its kind in the country.

An RTÉ News report broadcast on 23 April 2003. The reporter is Jim Fahy.