Dublin actor Barry Keoghan has continued a remarkable year by securing a place among the rising stars on US entertainment trade publication The Hollywood Reporter's Next Gen Talent 2017 list.

When asked by The Hollywood Reporter why he had chosen acting as a career, Keoghan replied in typically prosaic style: "I was like, 'I'll get paid? Sure, I can do this s***'."

The 25-year-old chose Martin Scorsese and Leonardo DiCaprio as the people he most wants to work with, and said he would love to have starred in Batman and Robin as Robin.

After receiving many plaudits this year for his roles in The Killing of a Sacred Deer and Dunkirk, Keoghan's upcoming projects include the famine drama Black 47 and heist film American Animals.

The Hollywood Reporter's Next Gen Talent 2017: Hollywood's Rising Stars 35 and Under

Timothée Chalamet (Call Me by Your Name)

Lucas Hedges (Manchester by the Sea)

Daniel Kaluuya (Get Out)

Barry Keoghan (The Killing of a Sacred Deer, Dunkirk)

Caleb Landry Jones (Get Out)

Charlie Plummer (All the Money in the World)

Amandla Stenberg (Everything, Everything) 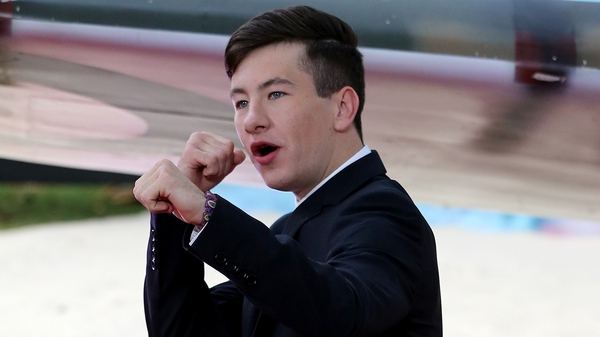 Irish actor Barry Keoghan tipped for the top in the US