On the site would rise a major supermarket with thirty two shop units and some residential units.

The plan also includes the conversion of an old maltings to a craft centre and fourteen apartments. 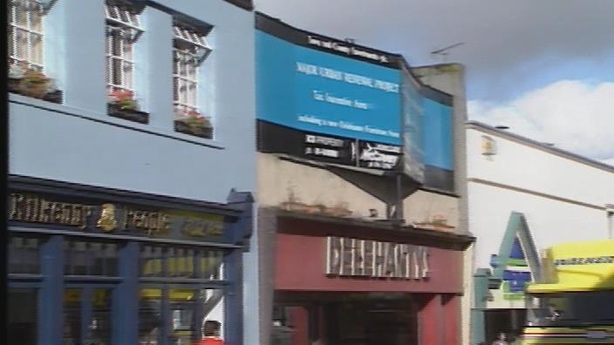 The proposal is now two years old as the first planning application was rejected. The developers then submitted a scaled down proposal which was also turned down. An oral hearing will now decide the fate of the project.

Objections to the scheme largely relate to traffic and access. Some traders in the city believe the development will create major traffic problems. They also claim that the shopping centre is not needed as there are currently vacant shops in the city. However, other traders believe that the new development will draw in more shoppers and footfall for everybody.

An RTÉ News report broadcast on 16 September 1991. The reporter is Michael Ryan.