The International Folk Dancing Festival, now in its 30th year, is launched at the Mansion House in Dublin.

Groups from Portugal, Hungary, Yugoslavia, and Austria and many Irish groups, take part in a parade through Dublin city to the Mansion House on Kildare Street.

People along the route got a taste of the music, costume and dance of the countries participating in the festival. 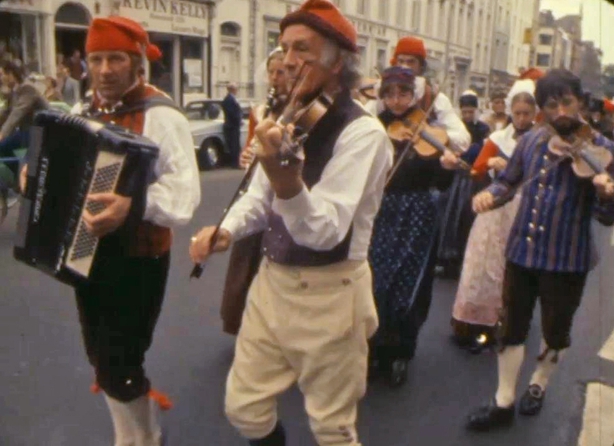 An RTÉ News report broadcast on 26 August 1981. The reporter is Máire Ní Chonaire.