Historic Swords Castle and a former parkland estate in north County Dublin have been purchased by the County Council and will provide recreation amenities for the public.

The former residence of a mediaeval archbishop of Dublin constructed circa 1200, Swords Castle is located in the centre of Swords town. It was formerly in the possession of the Cobbe family, whose family estate Newbridge Demesne was also placed on the market following the death of its owner Thomas Cobbe.

The demesne consists of the Georgian mansion Newbridge House, situated in 360 acres of parkland. Its adjoining outhouses and stables may be converted into craft workshops, and there is the possibility that the demesne grounds could be home to a golf club in the future. 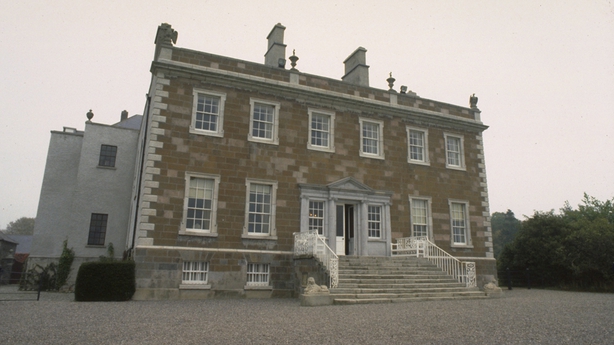 The third item to come into the council's possession is a sixty acre plot of land on the island peninsula at Corballis. Ray Burke TD (Teachta Dála), Chairman of Dublin County Council, says the first priority is to commence restoration of Swords Castle. Newbridge Demense will be open to the public by next summer and will be

The sixth regional park to be opened by the County Council, and the biggest yet.

An RTÉ News report broadcast on 21 September 1985. The reporter is Kieron Wood.