Ballast House at the junction of Westmoreland Street and Aston Quay Dublin has been demolished.

The work to take down the Ballast Office which once housed the Dublin Port and Docks Board, caused part of Westmoreland Street to be blocked off to traffic. The demolition work began in 1979 after planning permission was granted for redevelopment of the site to its owners, the Royal Liver Friendly Society. 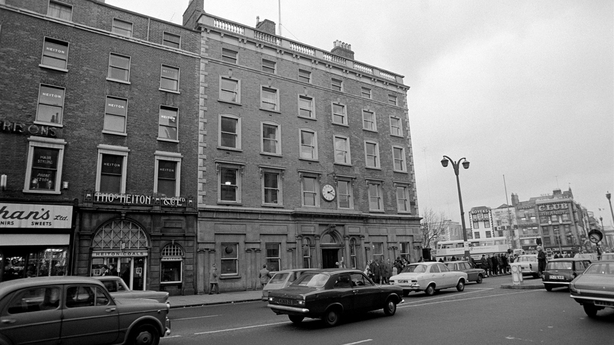 Ballast House pictured prior to demolition in 1972.