A major exhibition of the restored work of stained glass artist Harry Clarke goes on display in Kilmainham.

The exhibition of Harry Clarke windows at the Royal Hospital Kilmainham includes fourteen windows depicting the Stations of the Cross created for the basilica of Saint Patrick's Purgatory, Lough Derg. They had been there since 1929.

The stained glass windows were first commissioned from Clarke's studios in 1926 at a cost of £721.

A series of intricate medallions held by the apostles.

The work had somewhat deteriorated with the lead buckling over the years but has now been restored to its former glory by Abbey Stained Glass Studios at Kilmainham. 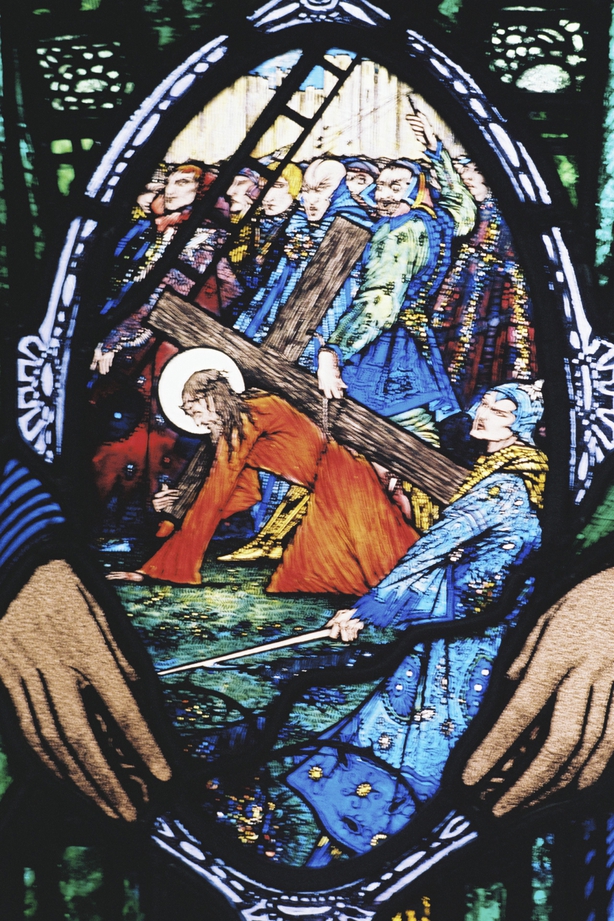 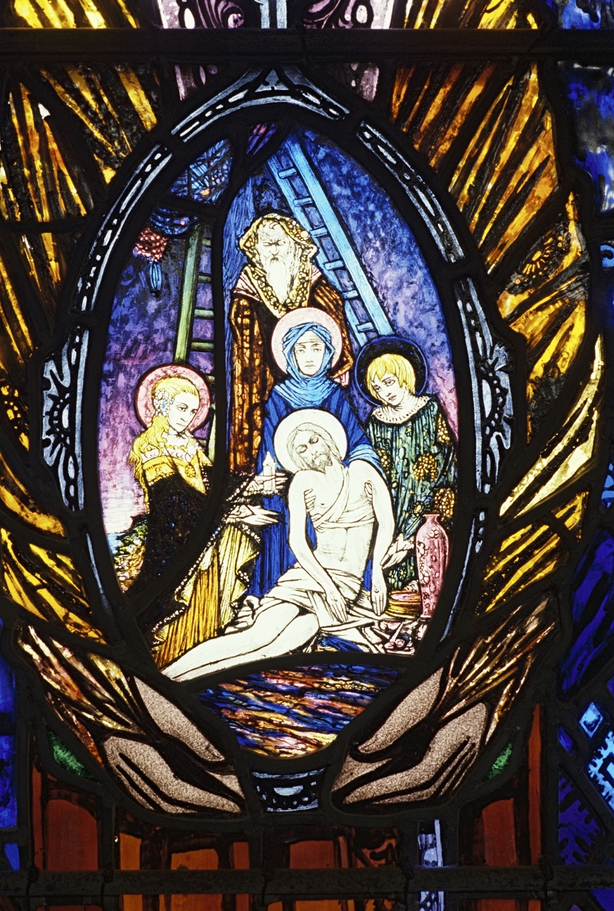 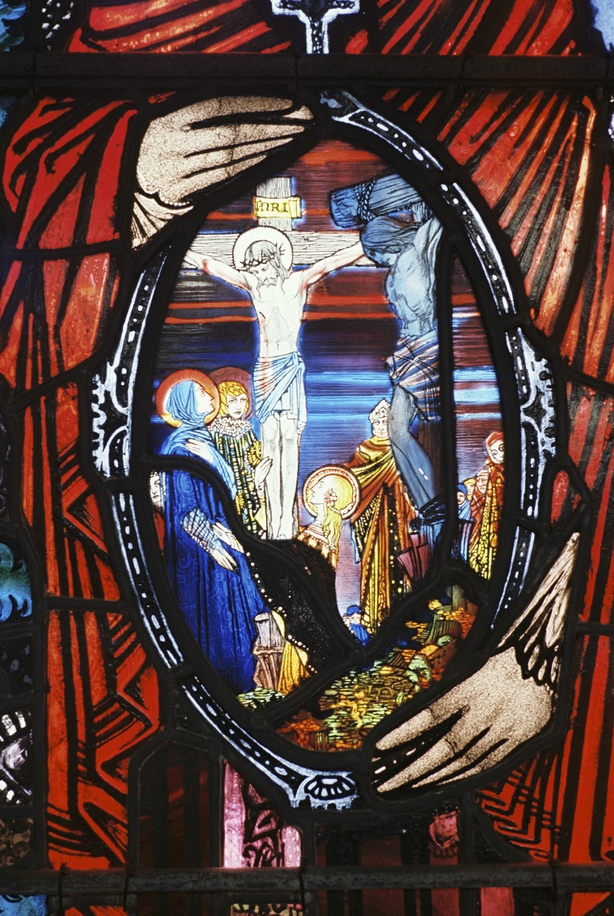 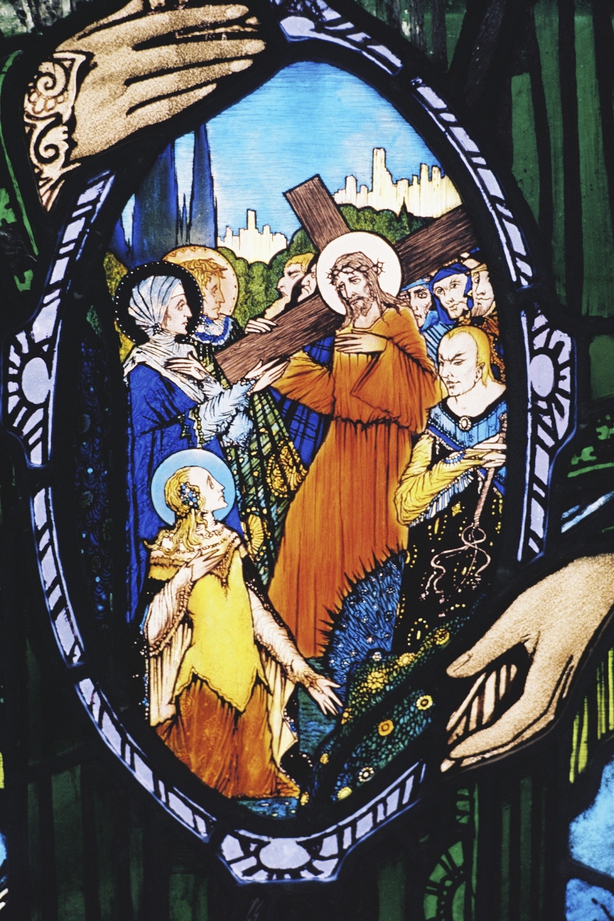 Harry Clarke was born in Dublin in 1889 and is now recognised as one of the most distinguished stained glass artists of the twentieth century.

The exhibition runs until 25 March.

An RTÉ News report broadcast on 24 January 1990. The reporter is Michael O'Sullivan.