The Cork village of Glounthaune and its residents are the stars for this edition of Hall's Pictorial Weekly.

Children play, ducks are fed, and someone is getting new furniture in Glounthaune, County Cork in this episode of 'Hall's Pictorial Weekly' .

In Irish An Gleanntán, the village is situated seven kilometres to the east of Cork city, at a sea wall on the River Lee estuary.

In 1810 the local landowners, the Falkiner family of Annmount, planned and laid out this village, which was originally to be called New Glanmire.

A National School was opened in the 1830s and the Sacred Heart Church, designed by George Coppinger Ashlin, was built circa 1880, replacing a chapel which had been in the village since 1803. 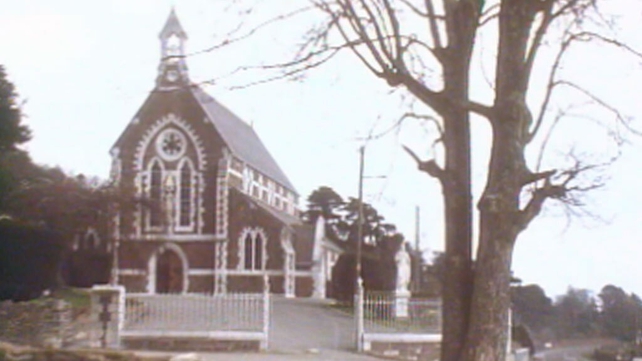 This episode of ‘Hall’s Pictorial Weekly’ was broadcast on 11 April 1979.