What should a customer expect from a hairdresser?

Hairdresser Lucy Jane Miller talks about why she loves her job.  It took about three years to learn how to cut hair but,

Hairdressers need a sympathetic and listening ear, as they can often be told things in confidence. Do clients often ask her advice about their personal lives?

Occasionally, yeah. But they are secrets, so I couldn’t reveal any of those.

At the end of the day, if the client’s not happy, no matter how good the haircut is, I’m not happy.

Making the client feel comfortable is an integral part of getting a hair cut. Knowing when customers do not want to hear their hairdresser chatting on is also a skill,

Quite a lot of people come into the hairdressers, like that’s their nightmare you know. 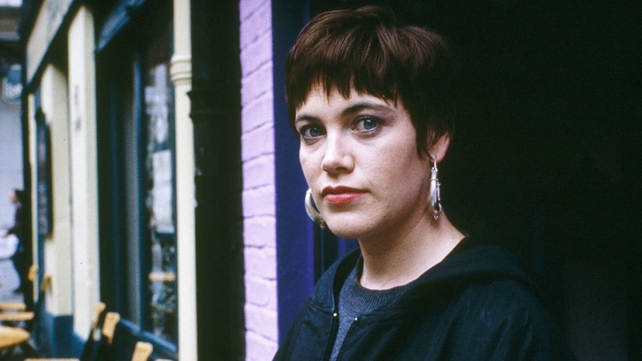 A JMTV report broadcast on 12 January 1994.  The reporter is Gemma Hill.

The young people’s programme 'JMTV' had previously been known as 'Jo-Maxi’.  In 1993 expanded to five shows a week on Network 2, in the early evening slot - ‘Brash’, ‘Hullabaloo’, ‘Plastic Orange’, ‘Babble’ and ‘Get A Life’.  The latter, presented by Gemma Hill, covered subjects such as bereavement, relationships and young people’s rights, hobbies and comedy.  There was also Wannabe, a weekly career slot, "where Gemma investigates the pros and cons of your dream job" (RTÉ Guide 8 October 1993).