A Dublin man comes up with a new type of car engine from an idea he got while repairing his Rolls Royce.

Five years ago George Coates had a mechanical problem with his Rolls Royce and stripped down the engine to see what was wrong. It was during this process that he decided there had to be a simpler method of internal combustion. Today, press and reporters gathered to see his new design, which he describes as,

One piece of solid metal, this new engine part replaces all the valves on a conventional engine. Initial tests have been successful, and it will also run on lead-free fuel. Multinational motor companies have already expressed an interest in the design. As George explains,

It’s far cheaper to manufacture. It’s a one-piece. A very simple idea. The main thing is it works. 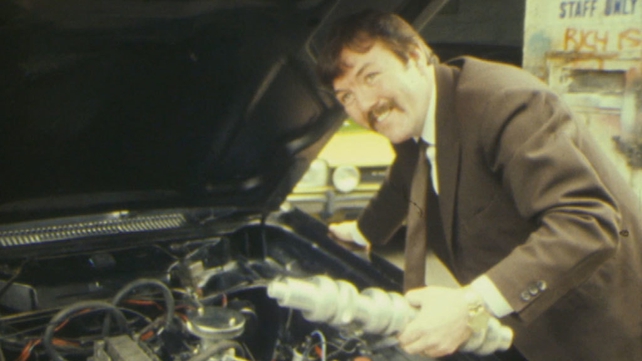 An RTÉ News report broadcast on 8 June 1983. The reporter is Alan McCullough.