A ceremony at Arbour Hill Cemetery marks the 47th anniversary of the execution of James Connolly.

Members of the trade unions affiliated to the Dublin Council of Trade Unions and of the Bray Trades Council parade to Arbour Hill Cemetery following Mass in Saint Mary of the Angels, Church Street, and an Anglican service in Saint George’s Church, Temple Street.

IRA (Irish Republican Army) and Citizen Army veterans fire volleys of shots over the graves where the remains of Connolly and the other 1916 leaders are interred.

The ceremony was organised by the trade union movement. 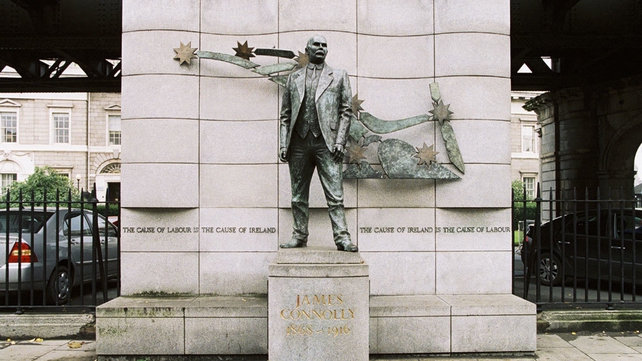