Hiking, a boat trip, a pony trek and a bonfire sing song are all part of a weekend hostelling in Killarney.

The Killarney hostel, situated around three miles outside the town, is the biggest An Óige hostel in the country and was originally a stately home. Hostel warden Clare Claffey welcomes guests and outlines the rules. With rates varying from 90p to £2.80 a night, hostelling is a cheap option for young travellers looking for a bed for the night.

Each hosteller has to do a small chore which usually takes less than five minutes.

Hostelling is not just about finding a place to stay. It's about getting to know the other hostelers and taking part in activities. Mary teams up with fellow hosteler Cormac McMullan for a day of activities. For Mary, this involves boating on the lakes of Killarney, pony trekking through the Gap of Dunloe and a sing-song around a bonfire. 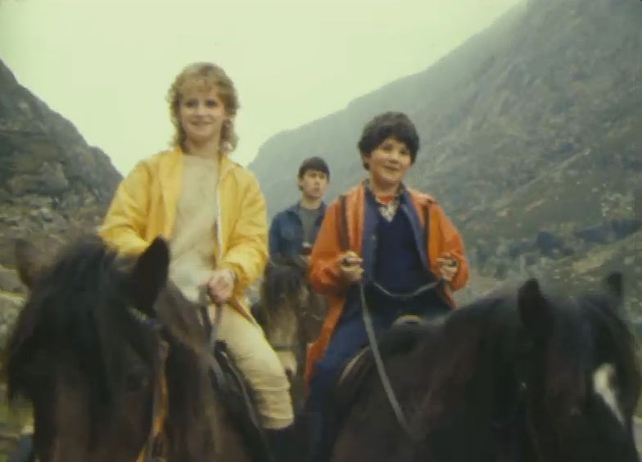 This episode of 'Youngline' was broadcast on 29 March 1983. The reporter is Mary Dinan.