Edition 104 of Century Ireland is out on 5 July with all the news from 100 years ago.

Muriel Gifford, the wife of the executed 1916 leader Thomas McDonagh, has drowned tragically near Skerries. She had gone to Skerries for a holiday where, along with other bereaved families of the executed leaders, she stayed at ‘Mirimar’, a beach house rented by the National Aid.  She tried to swim to Shinnick Island, a mile away but never returned. Her body was eventually found washed up on the shore about a quarter of a mile away from the scene of the tragedy. 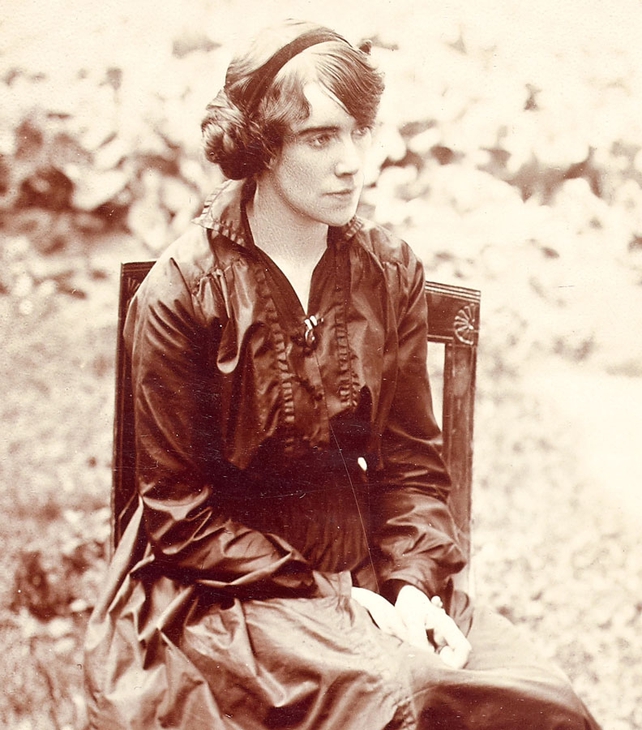 Éamon de Valera has won the East Clare by-election for Sinn Féin. The victory margin was an extremely comfortable one – de Valera secured 5,010 votes as against the 2,035 won by his Irish Parliamentary Party opponent Patrick Lynch.  Republicans marched through towns across Ireland waving flags and shouting ‘Up de Valera’, and ‘Up the republic.’ 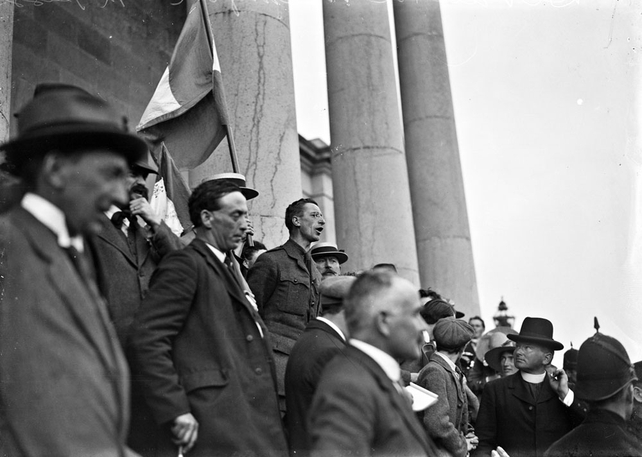 Éamon de Valera and others on the steps of Ennis Courthouse

Sir Edward Carson, the Ulster Unionist leader, has joined the British cabinet. Sir Edward moves from First Lord of the Admiralty to being a member of the War Cabinet without portfolio. Another major Cabinet change sees Winston Churchill appointed Minister for Munitions. There has been a mixed response to the appointment of Carson. Referring to the decision, the Morning Chronicle said that the Admiralty would be glad to see Carson go, though

they will wonder why a man so unversed in war or statesmanship, and so inexperienced in international affairs, should be promoted to that innermost Ministerial sanctum where the daily control of our national policy is exercised.

The Morning Chronicle is clear that it is the political pull of the Ulster Unionist party that has secured for Carson this position. By contrast, The Irish Times is keen to acknowledge Carson’s

qualities of intellect and character’, says he will surely make ‘a substantial contribution to the cause of victory’, and that there ‘could be no better selection. 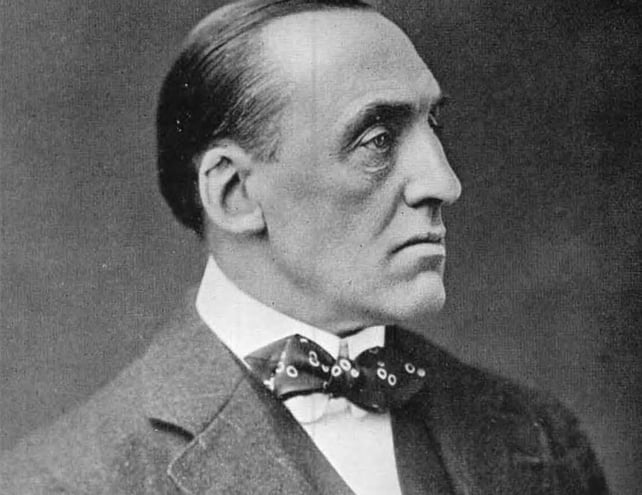 Despite the numbers of Orangemen away fighting on the Western Front, huge numbers held their Twelfth demonstrations across Ulster. One year on from the sacrifice of members of the Ulster Division at the Somme, there was widespread remembrance of those who had lost their lives. Some 10,000 marched through the streets of Belfast, with flags flying and bands playing. A resolution was passed after a meeting at the end of the parade urging the government to enforce conscription in Ireland as a way of seeing the war through to a complete victory. The meeting was told that Ulster Unionists had agreed to attend the Irish Convention only because they had been assured by the Prime Minister, David Lloyd George, that there would be no coercion of Ulster. Similar speeches were made at a meeting of Orangemen in Dublin where there was an absolute rejection of the Sinn Féin ‘Ourselves Alone’ ideal.

The executed men of 1916 deserve a proper burial, a meeting in Dublin was told last night. The meeting in the Mansion House passed a motion which called for support to force the British Government to ‘surrender the remains of our dead’. The motion demanded that

the bodies of the 16 Irishmen executed by the British government in 1916 be given up for Christian burial.

With several relatives of the men on the platform, the gathering heard a letter from Bishop of Limerick. Dr O’Dwyer which condemned the actions of the British government and described those actions as unintelligible:

Only a few days ago they liberated the brave fellows who fought side by side with Pearse, MacDonagh and Colbert, and they will not liberate the bodies of the leaders.

Arthur Conan Doyle writes a letter to the Irish press in which he claims that Sinn Féin has done more damage to Ireland than any British political party. He noted how it had

brought about the destruction of part of its own capital city, has driven a wedge through the solid south, has immensely strengthened the position of the North, by justifying all its fears, and has, so far as it could, thrown away the fruits of 50 years of patient constitutional reform.

It only remains for it now to open a civil war against a perfectly united Empire which has shown that it can put 5 million men in the field, and would do so again before it would consent to having a foreign Republic between it and the oceans of the world.

The French government has posthumously awarded the Cross of the Legion of Honour to Willie Redmond. The award was presented to his widow in the company of John and Mrs Redmond and Capt WA Redmond, MP. The presentation was made at the French embassy in London by the French Ambassador, M Paul Cambon. The statement accompanying the award recognised Major Redmond’s contribution and example, as well as the ‘close bonds that have united Ireland and France’.

process of killing the language by all the forces of Anglicisation has been at least equally difficult’. He notes the influence of the ‘West British Education Boards with millions of money at their disposal and hundreds of well-paid officials to carry on their work...

but points also to the residual strength of the language in Connacht.

The British Royal family have completed the discontinuance of their German titles and dignities and have adopted the name and title Windsor.