A new record for the largest number of elves gathered in one place was established in Nenagh, County Tipperary, when 936 children gathered in the cathedral dressed up as Santa's elves.

The previous record was established in 2009 when the Guinness Book of Records recorded a gathering of 607 elves in New York. But the Irish effort paid off, and once counted and verified the Nenagh elves became the new record holders.

The outcome was no surprise to President of the Nenagh Chamber of Commerce Joe O’Connor who praised the hard work was put into the event by 120 volunteers. Those involved in the unique project were also delighted with the outcome with one young elf saying commenting

It was brilliant, it was a lovely experience to be in it.

The event raised much needed funds for Enable Ireland to establish a respite centre in Nenagh and to help 200 families in the area who use the service.

An RTÉ News report by Cathy Halloran broadcast on 18 December 2011. 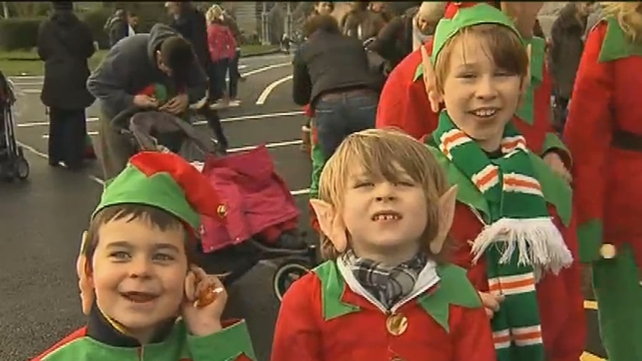