Onlookers are thrilled by the spectacle of floating balloons, which includes one shaped like a Club Orange can.

The event has an international flavour, attracting balloonists from all over the world including Tim Bryon from Connecticut in the United States of America. He is part of a group of 10 people who have brought their own custom made balloons and baskets to the event. These can be collapsed down for air transportation and stowed as luggage. Tim estimates a balloon costs £10-15,000 to buy. However, they are cheaper to make and this also gives you an opportunity to design your own creation.

The Tiernan brothers from Boyle were lucky enough to go up in a balloon and David was allowed to control the burner which enables the balloon to rise. He was lifted up to see over the basket and from his vantage point could see

All these small people taking pictures at ya.

Balloonist John explains that ballooning is

He controls the height of the flight, and the wind tells him what direction he’s going in.

You go with the wind, you become part of the wind, like a bubble floating, it’s as simple as that. 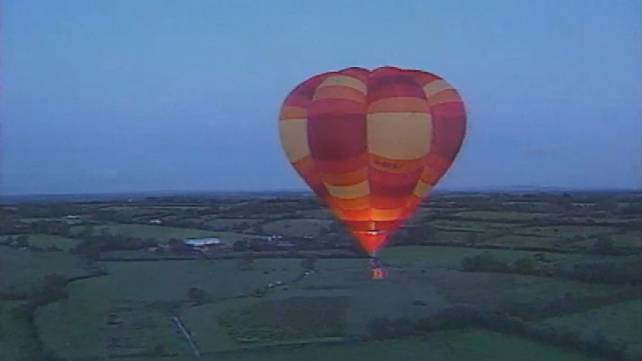