Every year Jury's Hotel in Dublin organises a charity event for Shrove Tuesday or Pancake Tuesday.

In 1985 it was the Pancake Flipping Olympics and 1986 brings the Pancake Relay Road Race. RTÉ had two teams who went head to head for victory - 'The Late Late Show' and 'Radio 2'. 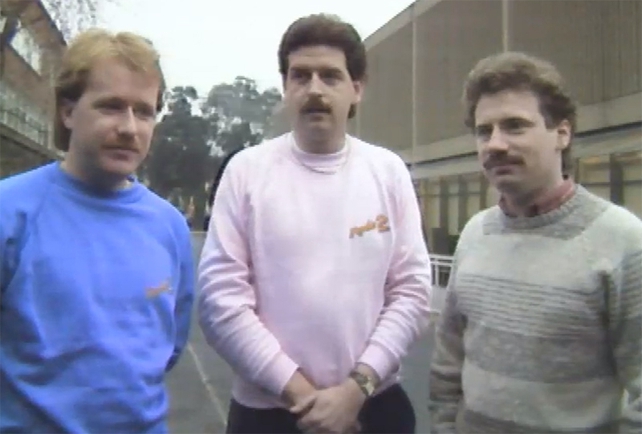 Of the five teams in the race, 'Radio 2' came in second last place and 'The Late Late Show' team came last.

Madonna House in Blackrock was the beneficiary of the event.