Discussing protest songs and the nature of folk music in the 1960s.

Frank Hall is joined by music critic Bob Shelton and broadcaster and music collector Ciarán Mac Mathúna who discuss the similarities and differences between Irish and American protest and folk songs. Mac Mathúna says that in America

The protest thing has taken over the folk song. 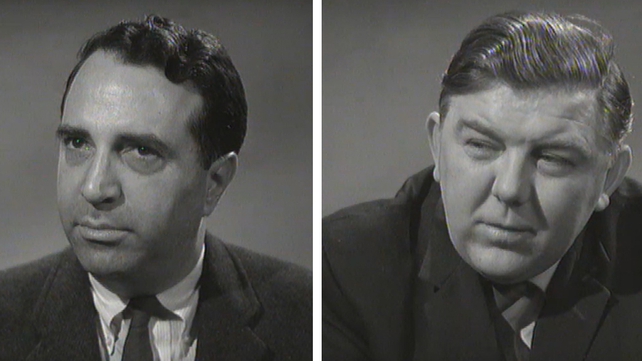 This episode of 'Newsbeat' was broadcast on 20 January 1966. The presenter is Frank Hall.