Ireland joined the United Nations in 1955 and many veterans of that time were in attendance at the ceremony.

A  fitting tribute to our 85 comrades who lost their lives overseas.

Defence Minister Willie O Dea, told veterans and serving soldiers they had made a real and lasting contribution to the lives of people in the countries where they had served. Reporter Joe O'Brien also speaks to Patrick Bannon Retired NCO, Lorcan O Rourke Retired Officer and Michael Connolly NCO Galway.

An RTÉ News report broadcast on 14 December 2005. The reporter is Joe O'Brien. 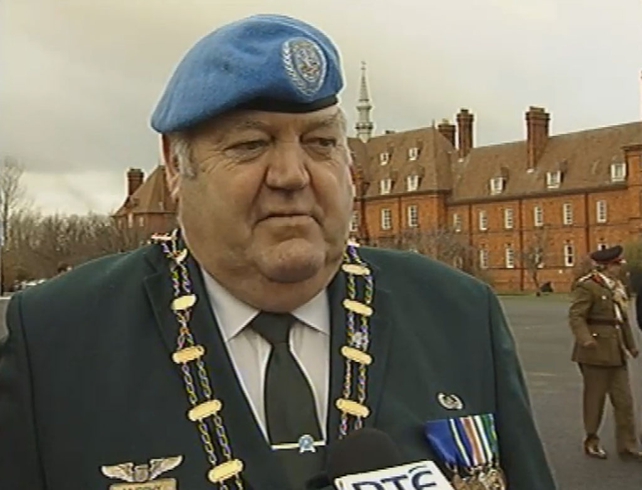