Maureen O'Hara was born in Ranelagh on 17 August 1920. She trained as an actress at Ireland's national theatre the Abbey, before going to London, where she began her film career. She went on to star in major Hollywood films, including five with John Wayne. Probably their most famous appearance together was John Ford's 1952 film 'The Quiet Man' shot in Mayo and Galway.

RTÉ News recorded these scenes from her 80th birthday celebrations, where Maureen O'Hara is escorted by Dr Brendan O'Regan, former chief of Shannon Duty Free. Over 200 guests were invited to the party at the Dunraven Arms Hotel in Adare, Co. Limerick, held on the same night as the start of the Powers Irish Coffee Festival at Foynes. O'Hara's late husband Charles Blair was an aviator who flew into Foynes in the 1940s and 1950s, and O'Hara was a patron of the Foynes Flying Boats Museum. Marty Whelan was compere for the occasions and led the guests in a rendition of 'Happy Birthday'. 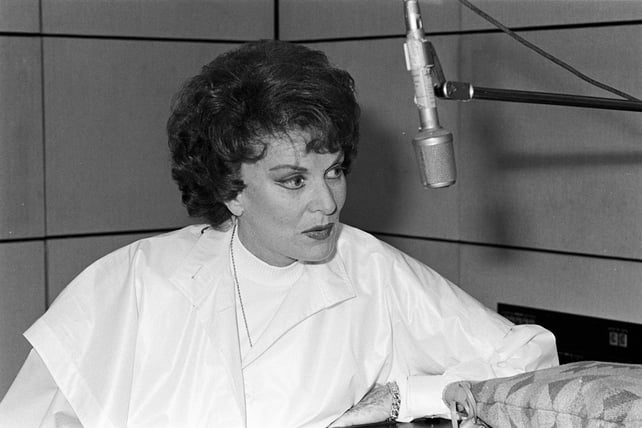