Stuntman Eddie Kidd embarks on a four week tour of Ireland for all the family that comes with a health warning.

Eddie Kidd claims to have replaced Evel Knievel as the world's top motorcycle stuntman is in Ireland to demonstrate his skills which are not for the faint hearted.

At Parnell Park, Donnycarney, Eddie Kidd and his team The Daredevils put on a show. These stuntmen have performed spectacular feats for films such as James Bond's 'Diamonds are Forever'.

According to insurance companies, this man doesn't have a leg to stand on.

The 21 year old Londoner came on the stunt scene at the age of just 15 when he took the junior world record by jumping over eight coaches on his motorbike.

I'm going to try to jump 15 double-deckers and clear a distance of 220 feet. If that's possible.

Eddie Kidd made his film debut in 'Heavy Metal', where a broken railway bridge in Essex doubled for the fictitious 'Devil's Leap'. 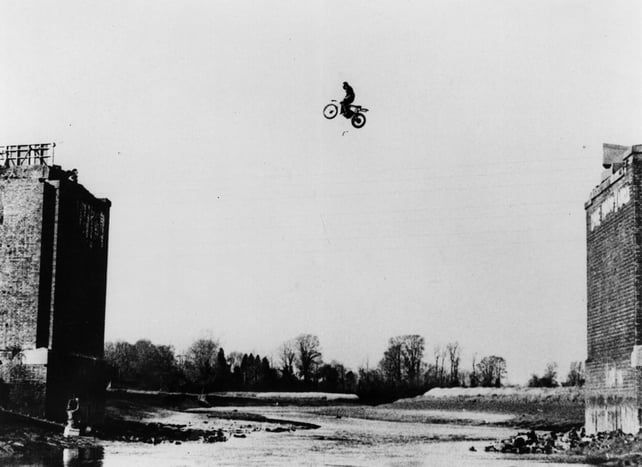 Eddie Kidd in a scene from 'Heavy Metal'

This report also shows stuntman Coltsie Robinson climbing onto the roof of a car as it is driven on its side by Bob Richards.

An RTÉ News report broadcast on 23 May 1980. The reporter is Colm Connolly. 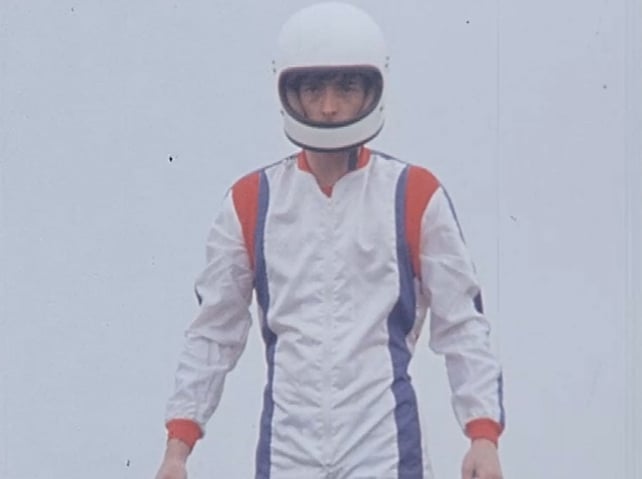