A house of political significance and political dynasties.

Bryan Dobson reports on the newly restored Dillon House in Ballaghaderreen, county Roscommon. This house was the home of one of Ireland's most famous political dynasties, the Dillon family.

Dillon House is a building of considerable political importance and has been home to three generations of Irish political leaders. In addition some of the great political figures of the 19th century, including Charles Stewart Parnell and Thomas Davis, came and stayed at Dillon House.

This report includes a brief history of the house and the Dillon dynasty. Bryan Dobson talks to Maurice Manning, James Dillon's biographer, about Dillon House and those that have passed through it. 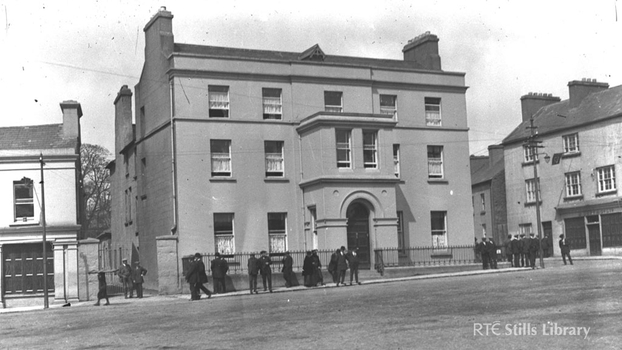