In the days following the 7.0 magnitude earthquake, Charlie Bird reports on the relief effort in Haiti

A look back at how the small island country of Haiti was affected by the natural disaster and what the rest of the world did to help.

On 12 January 2010 a catastrophic earthquake measuring 7.0 magnitude struck near Haiti's capital Port au Prince and was the most powerful to hit the impoverished Caribbean state in almost two centuries.

Washington Correspondent Charlie Bird reports on the devastation and the difficulties faced by the relief teams as planes arrive from all over the world carrying food and aid for those affected by the disaster. 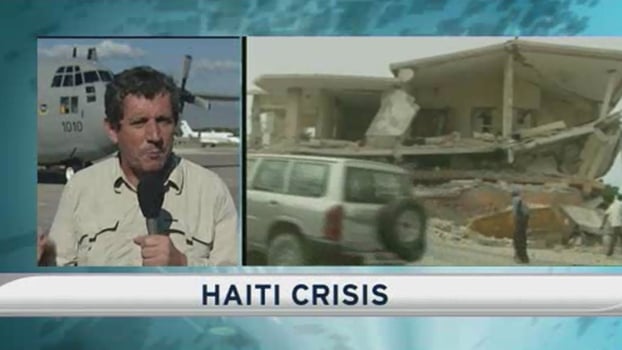