Before becoming a broadcaster with RTÉ Marian Finucane studied architecture.

Before becoming an RTÉ broadcaster and household name in Ireland, Marian Finucane studied architecture at the College of Technology, Bolton Street .

At the age of 19, Marian Finucane was part of a student occupation of 45 Saint Stephen's Green, Dublin where they were carrying out work to restore the partially demolished building.

In 1974 when Marian Finucane joined RTÉ as a continuity announcer, later becoming a presenter. In 1979 she received a Jacob's Award for her work on the programme 'Women Today'.

She was also the first presenter of the radio programme 'Liveline', and worked on television programmes 'Consumer Choice' and 'Crime Line'. Until her death in 2020 she presented 'The Marian Finucane Show' on Saturday and Sunday mornings on RTÉ Radio 1.

This episode of 'Wednesday Report' presented by Patrick Gallagher was broadcast on 14 January 1970. 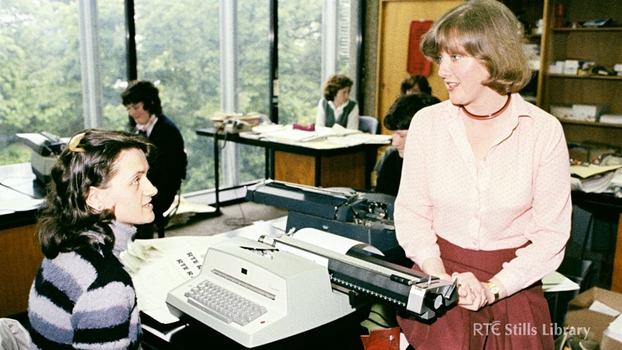